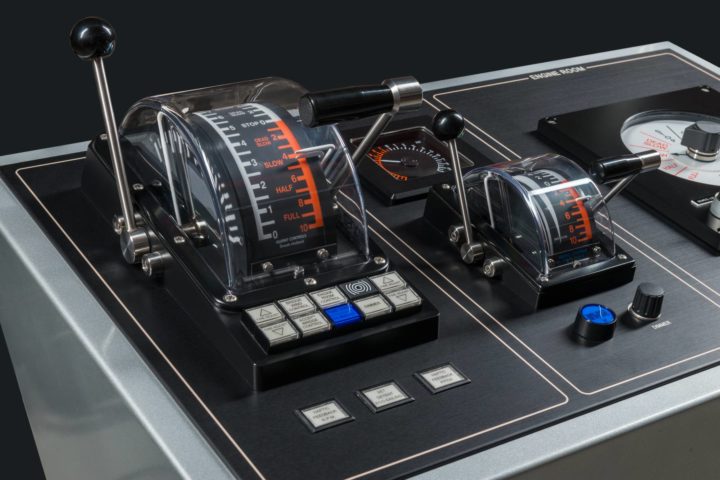 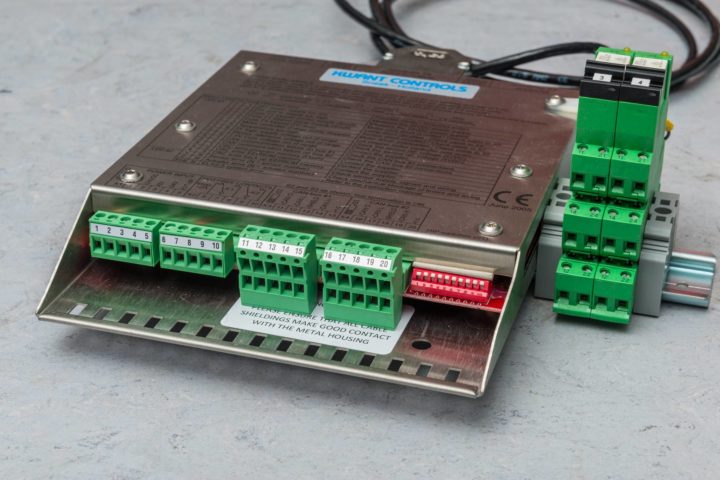 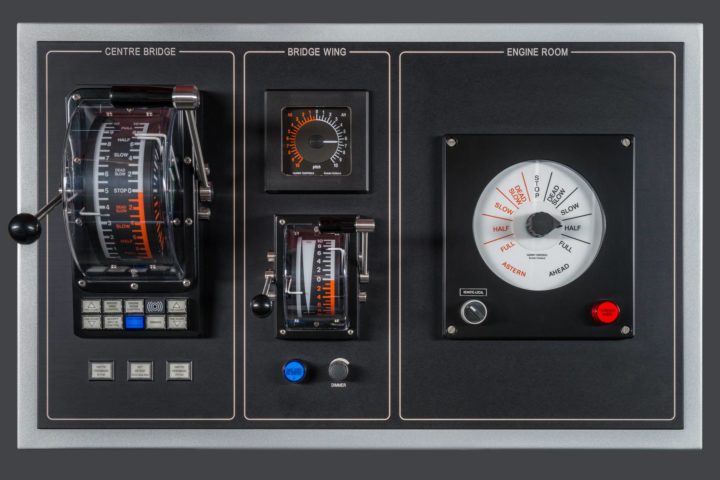 The Kwant Controls levers are primarily used for electronic Remote Control of marine propulsion plants, which typically consist of a combination of engine / propeller / gearbox / clutch sub-assemblies. Remote Control is done from bridge level (WH Fwd, WH Aft, Port side wing or Stbd side wing). To achieve this, the levers are equipped with signal transmitters for engine RPM, clutch direction etc. that are wired to the propulsion plant control system.

Telegraph Systems
In case the Remote Control (RC) system is out of order, a switch over to telegraph mode can be made. The same levers are now used to send telegraph commands from the wheelhouse to the engine control room (ECR) or engine room (ER), whichever is selected as the current reply position. An alarm will sound until the command has been acknowledged. The propulsion plant is now remotely controlled from the ECR- or ER levers, or manually in case the ER lever has no remote control transmitters.

Electrical Shaft Systems
The purpose of an electrical shaft system is to synchronize the operating levers of all control units connected, mostly on the main bridge and bridge wings. It enhances the ease of use and increases safety in emergency situations, since control can be taken directly from any of the operating positions connected. Synchronization enables switching of operating position without changing the control signals for propulsion and/or heading (bump-less take-over). A second advantage is that the transmitters providing these signals are required on just one of the control units, since all levers will move simultaneously. To achieve synchronization, the control units are equipped with servomotors. Electronic circuitry will take care of driving these motors, as well as handling the take-over requests. Take-over can be achieved by means of illuminated pushbuttons, or by potential free contacts from other systems.

This latest generation of electric shaft systems is based on stepper motor driven levers and CAN bus technology. It merges the traditionally separated telegraph- and electric shaft systems into one combined system, thus providing much improved flexibility and reduction of installation time and cabling costs. The application of stepper motors introduces a number of features such as programmable detents, haptic feedback and very accurate fine adjustment that could not be realized with the traditional DC-motor technology. The CAN bus is a widely spread and rugged serial bus system that has its roots in the automotive industry where extremely severe demands must be fulfilled. The electronics have been completely distributed over the operating positions, thus eliminating the traditional central cabinet.

The electronic module that interfaces the control units to the CAN-bus is known as the CUBI, short for Control Unit to Bus Interface. The basis for the communication with the module is the CAN-open protocol. The CUBI module contains a single printed circuit board and can handle two servomotor controllers and eight digital in- and outputs, while providing two CAN-bus transceivers for bus redundancy. The CUBI module has a seawater proof stainless steel housing that can easily be clicked on a 35/7.5mm DIN-rail according to EN-50022A. Polyurethane based coating is protecting the sensitive parts of the printed circuit board.

The CAESAR Propulsion Control Systems (CAESAR PCS) are designed for the control of propulsion, steering and motion damping devices onboard of High Speed Crafts (HSC). The system has a modular design with emphasis on weight-saving. This allows for its application on various types of HSC, such as (wave-piercing) catamarans, fast supply vessels, trimarans, naval vessels and highspeed yachts. It enables integrated remote control of all onboard waterjets, rudders and motion damping devices. The CAESAR PCS interfaces with available machinery sensors and actuators to control waterjet buckets, steering nozzles (via proportional valves) and auxiliary controls operating hydraulic pump(s), clutch and thrustbearing. High-Speed-Craft systems consist of multiple control cabinets, each with individual controllers for independent operation. Cabinets contain two digital controllers (main and back-up) where the controller can operate up to two waterjets. Main controllers operate follow-up steering control and power/reversing control. Whereas the backup controller operates jog-switch back-up control and indication of the steering nozzle, bucket and impeller speed. The CAESAR PCS is developed and designed in accordance with the IMO High-Speed Craft Code 2000. Modularity and use of generic hardware allows independence of availability of Commercial-Off-The- Shelf (COTS) hardware. Each system is assembled at the Kwant Controls’ facility and supplied with customer’s choice classification. After integration, it is subject to a thorough Factory Acceptance Test (FAT), in attendance of the Classification surveyor, owner and/or yard representative(s). Please see downloads for the CAESAR High Speed Craft Systems brochure.
Show details 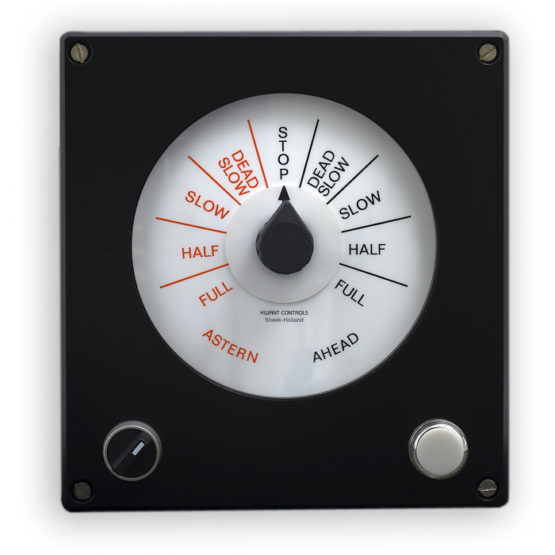 The Kwant Controls Nautical controls are typically part of the larger control system and its subsequent subsystems aboard vessels. Over the years Kwant Controls has developed modularized, smaller and larger control system concepts, in cooperation with world’s leading marine companies. For enhanced operations and safe control, according to class regulations. At early stage of the project, by functional specification the scope and system functions are defined. This forms basis for our engineering process towards full flush simulation tests at our in-house test-facility. Please see downloads for the CAESAR Systems brochures.
Show details 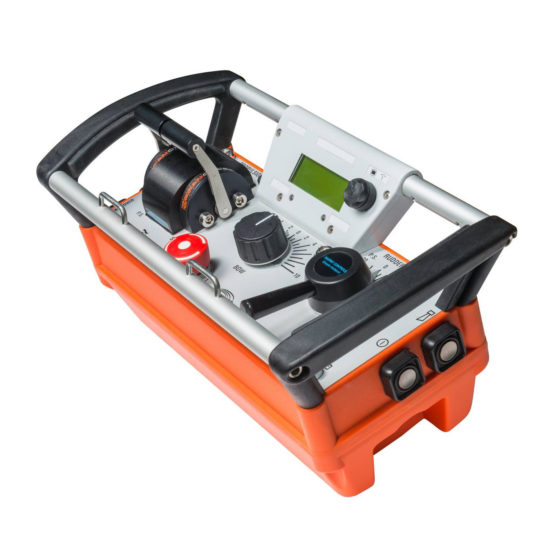 The wireless portable remote control system is a smart and convenient alternative for fixed additional control stands, thus replacing e.g. bridge wing or fly bridge consoles. Saving considerably on building costs & mounting space. It comes with a back-up cable of 20m length that can be simply plugged in on transmitter- and receiver sides, as alternative forthe wireless transmission . The system is suitable for:
Show details 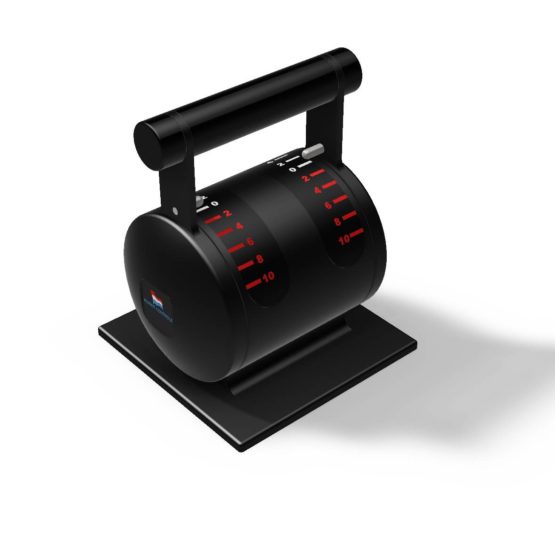 The BUK-H has been designed with a zero build-in depth, for the desktop mounted shape with potentiometers. It is also suitable for transverse thruster control due to its symmetrical and therefore applicable in various orientations. The basic signal transmitters are dual 5KOhm potentiometers that return 10-90% of the supply voltage over the full lever travel of 120°.
Show details 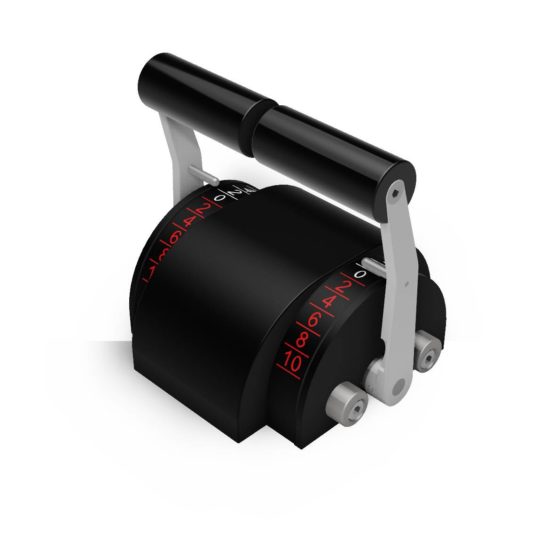 The BUK-G is the smallest of the BUK-series, especially designed for applications in yachting. It is also suitable for transverse thruster control. The basic signal transmitter is a 2KOhm potentiometer that returns 10-90% of its supply voltage over the full lever travel of 120°.
Show details 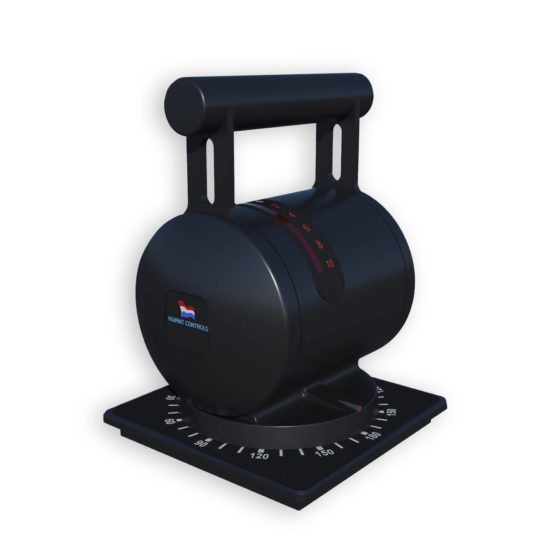 The RSCU-H series consist of three members in the following executions: As their names already suggest, the main difference is the size of the top plates. The RSCU-H96 bottom section has been designed as a machined aluminium block. The RSCU-H144 is composed more traditionally and therefore allows more variations when it comes to machinery interfaces. They both share the recognizable cylinder shaped control head, identical to that of the BUK-H propulsion levers.
Show details 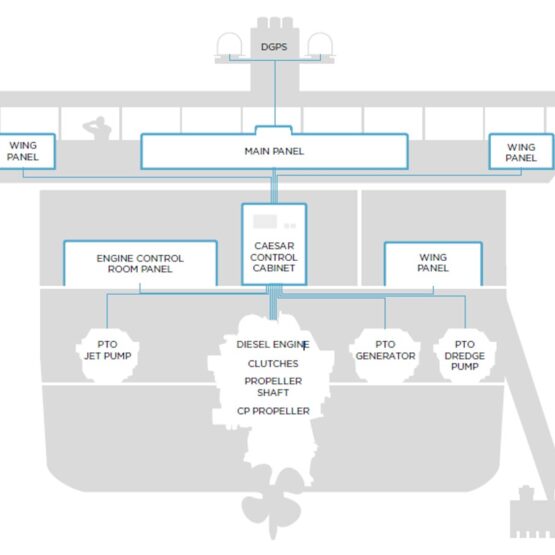 The electronics revolution over the last decades has a serious impact which is not limited to: The above is becoming a serious but often ignored risk for ship operators, since a major malfunction in the control system can create idle time of the vessel. The good news is that a retrofit with a CAESAR Propulsion Control System (CAESAR PCS) can eliminate this risk. Furthermore, it will result in lower maintenance costs as well as improvements such as reduced fuel consumption. Over the years the proven CAESAR PCS has grown towards an extensive installed base for the world’s leading maritime companies, including the leading dredging corporates. CAEASAR systems are dedicated for control of propulsion and steering. All systems are built; to fulfill customer requirements and according to the rules & regulations of the Classification Societies. Its modular configuration allows for its versatile application on various types of ships. Furthermore, the CAESAR PCS is developed on a generic platform allowing to become independent of availability of Commercial-Off-The-Shelf (COTS) hardware. For Trailing Suction Hopper Dredgers (TSHD), dedicated (software) modules are designed, which makes the CAESAR PCS well suitable for various configurations and control principles. Both for main machinery driving dredge pumps and controllable pitch propellers (CPP’s) onboard of the TSHD. Please see downloads for the CAESAR Trailing Suction Hopper Dredger Systems brochure.
Show details 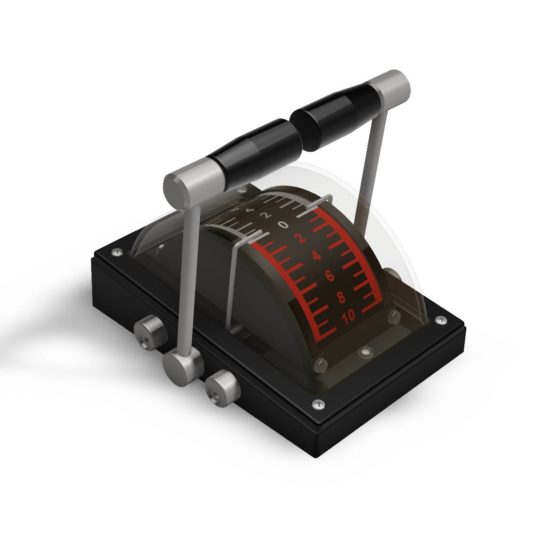 The BUK-C is the second largest console mounted propulsion control lever unit of the BUK-series, with a well-recognized, widely applied and much appreciated timeless classic appearance. The lever unit comes in a number of variations for user- and machinery interfaces. In the BUK-C extended version, a maximum of four HMI pushbuttons/buzzers/signal lamps/dimmers can be incorporated, as well as a wide range of electrical machinery interfaces. The BUK-C special version, is typically suitable for transverse thruster control.
Show details 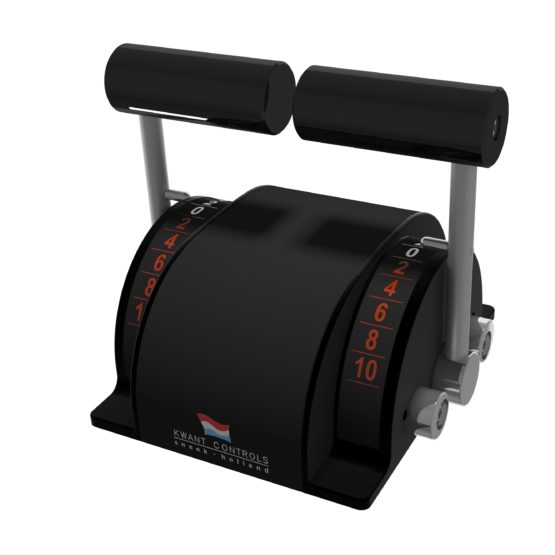 The BUK-G mk2 is the IP68 level model of the BUK-G and has been especially designed for applications in yachting. It has a slightly different shape compared to the standard BUK-G, to be protected from immersion in water with a depth over 1 meter. The BUK-G mk2 is suitable for both propulsion and transverse thruster control. The basic signal transmitter is a 2KOhm potentiometer that returns 10-90% of its supply voltage over the full lever travel of 120°.
Show details
This site uses cookies. Read our privacy statement.